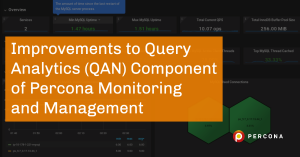 We’ve been improving the Query Analytics component of Percona Monitoring and Management (PMM). Here’s a summary of what we’ve done, beginning with a reminder of what PMM is and what it’s for.

Troubleshooting performance issues can be tricky, especially when all you’ve been told is that “the database seems slow”.

In such cases, your first thought should be to use PMM, the free, open-source database troubleshooting and performance optimization platform.

PMM lets you actively monitor open-source databases, providing detailed, time-based analysis of MySQL, PostgreSQL, MongoDB, or MariaDB databases. PMM helps you analyze your data to make sure that everything is working as efficiently as possible. And it helps you quickly identify problematic queries.

PMM works on-premise or in the cloud with major cloud providers, and it can scale up to manage large environments.

QAN is the application for the analysis of specific requests. Where PMM lets you home in on the problem in general, QAN helps you to focus on the core problem and understand exactly where your database is performing poorly.

Up until now, QAN was a little overcomplicated. So, we reworked a lot of functionality. Along the way, we added some interesting features, fixed a lot of old bugs, and made some general technical improvements. (I’ll explain some of them in this post.)

Also, in PMM version 2.9, we’ve completed a fairly long piece of work in migrating PMM2 from angular1 and angular8 to React. The migration of QAN completes this transition. 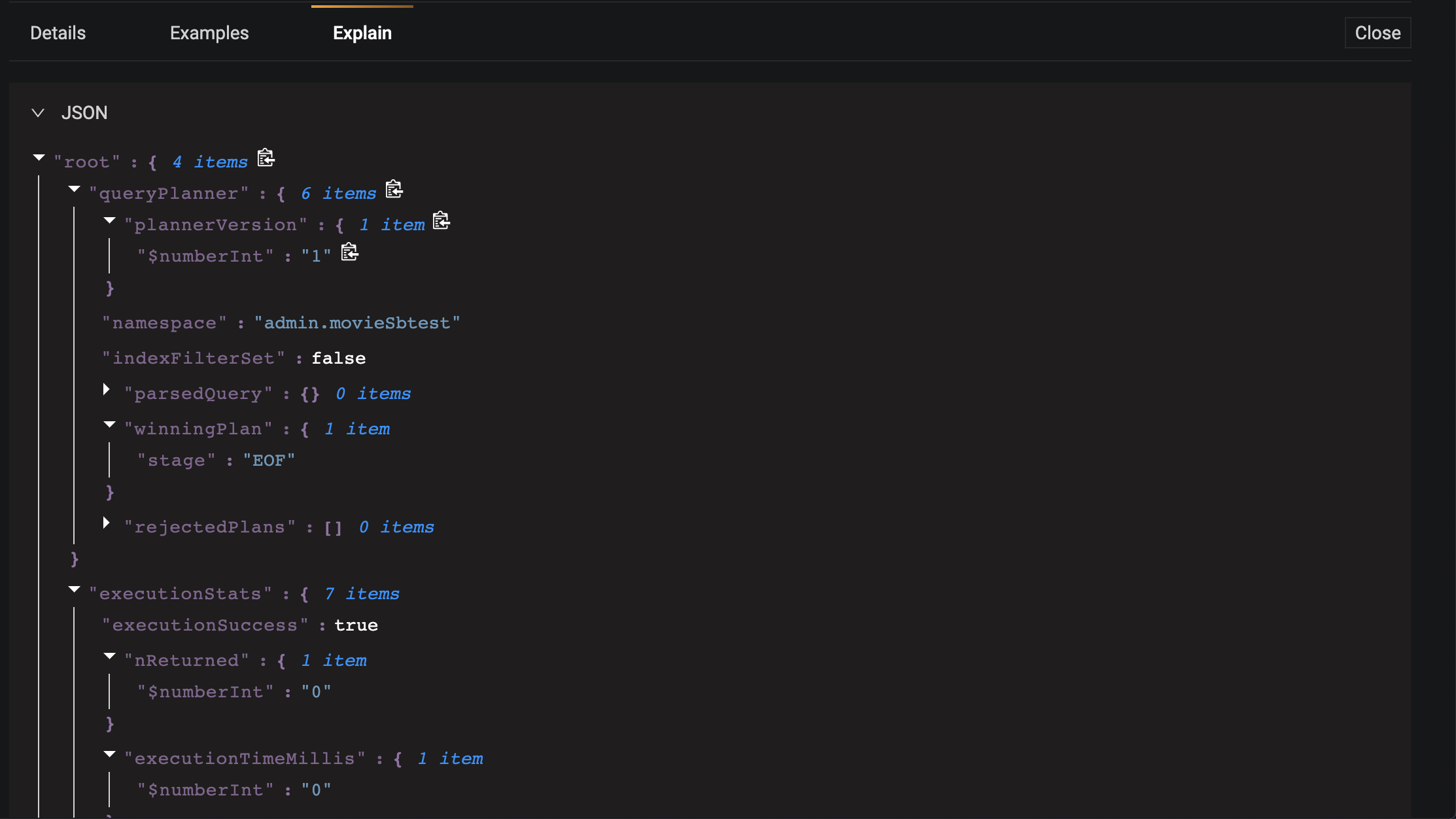 There are two new graphs:

We’ve added the ability to swap any metric with main, without additional intermediate actions. A convenient indication has been added showing which types of databases the metric belongs to; you no longer need to guess which metrics are available. 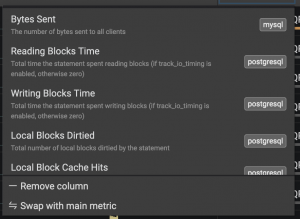 One of the problems with QAN is that most of its users are experts, who tend to want to see an interface full of information and data. However, even experts were finding it hard to see what was happening in the main table, which was heavily overloaded with information and quite difficult to understand.

So, we’ve made the interface easier to understand without depriving experts of the details they need.

In each column, you can now see only the main numerical value and a graph showing it as a percentage of the total value: 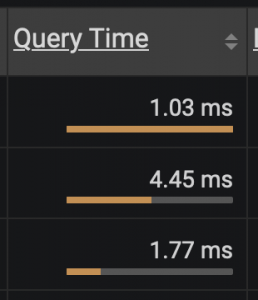 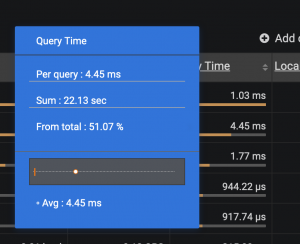 The additional information in tooltips lets us equalize and reduce the widths of all columns. This means we can show significantly more information in the same screen area without scrolling.

Now, all SQL queries in the output are formatted, not only those in the example sections. 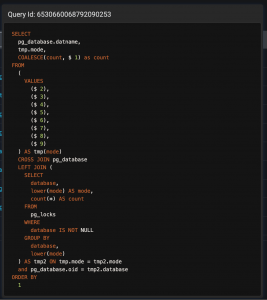 The filter search string and filter selection blocks have been combined into one section.

We’ve reduced the number of different fonts, colors, and styles used in the UI and removed a lot of unnecessary clutter from the interface.

We’re not done yet! Here are some PMM improvements we’ll be working on in the coming weeks and months.

With our recent changes, we don’t need to worry about maintaining compatibility between many weakly-compatible elements of the system. Instead, we can focus all of our attention on the front-end, further improving the functionality and polishing the interface.

Why Did We Start a Migration?

A few years ago, QAN was created as a small, separate application. PMM1 development began with Angular1, because Grafana was written with Angular1. Then, when Angular2 was released, we noticed in Grafana’s source code hints of a possible future migration to Angular2.

Originally, QAN was a proof of concept. As we needed to add functionality and rethink the architecture, and given the hints we’d seen in Grafana development, we decided to rewrite QAN in Angular2.

However, the Grafana team later announced their decision to migrate to React. We were left with a bunch of panels in which we’d invested a lot of time and which needed to be supported. There was no hope of adding native support from the Grafana side. We were being faced with these difficulties:

As we considered these difficulties, we concluded that rewriting should start as soon as possible. Fortunately, Grafana’s approach to organizing panels as separate applications meant we could do this with minimal pain.

The goals we had when starting the migration were:

As an added advantage, we eliminated many legacy bugs, improved project documentation, and also simplified user interaction. And yes, we ejected a lot of redundant code that had been accumulating for a long time.

This section is for those who may be interested in participating in the development.

What does migration mean for us, as front-end developers?

We are constantly working to improve Percona Monitoring and Management –your feedback is invaluable. Please tell us about your user experiences by completing this one-minute survey.

You’ll be helping to decide how PMM develops and continues to grow in the future. Don’t miss this chance to have your voice heard!